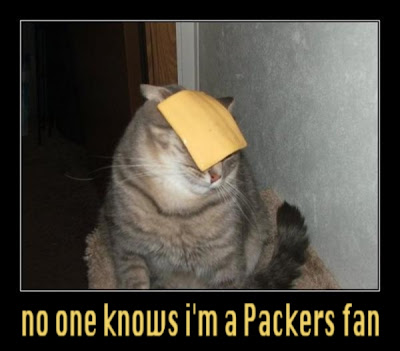 Though I live in Las Vegas, I'm not really a big gambler...especially where sports are concerned. I do, however, like to bet on the Super Bowl. I don't do any of the fancy bets or point spreads...I don't even watch football the rest of the year, so I pick my team on a whim.

This year, I didn't have the cash to spare on a bet, so I just had to play in my head. I picked the Packers since I'd been to Wisconsin more recently than Pensylvainia. Of course, since I had no money riding on it, they won.

I don't like to watch a game without rooting for one of the teams so it made it a lot more fun. And actually, for the first half of the game, I went grocery shopping and did some errands since the streets were clear of traffic and everyone was home watching the game.
Posted by SleightGirl