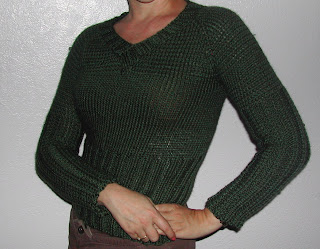 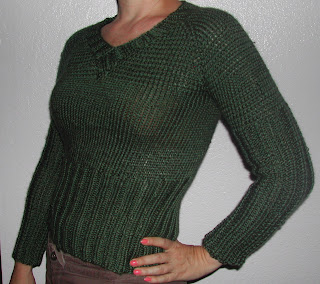 Yes, finally my sweater is finished and up on the site!

Click here to see it in it's natural habitat...at etsy

I was bound and determined that I would get it done last night (which ended up being in the wee hours this morning), and I did.

I thought I was going to have more time yesterday to work on it, but my show was canceled so I went on the boat with the boy instead.

In other news, I voted! I usually don't like to vote early. There's something, to me, really special about election day and going in with everyone else and casting your vote...however, I'm working on Tuesdays now, and I don't think I can make it to the polling place.

They almost didn't let me vote. They couldn't find my name for a while. Finally, 2 phone calls later, they found my name, misspelled, as well as the "you-spelled-my-name-wrong" form that they had me fill out last election...*sigh*
Posted by SleightGirl